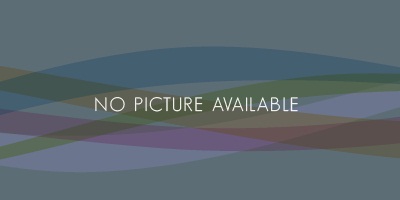 Prof. Richard Day | Department of Cellular & Integrative Physiology | Indiana University School of Medicine | 635 Barnhill Drive, Room 333 | Indianapolis, IN 46202-5120 | USA | rnday@iupui.eduRichard Day is a Professor in the Department of Cellular and Integrative Physiology at the Indiana University School of Medicine. His research focuses on understanding the network of regulatory protein interactions that function to control cell-type specific gene expression. His laboratory group uses biochemical and molecular approaches to define networks of protein interactions that are coordinated by specific transcription factors. These in vitro approaches are then complemented by non-invasive live-cell imaging techniques using the many different color variants of the marine invertebrate fluorescent proteins. Recent studies from the laboratory have used Förster resonance energy transfer (FRET)-based microscopy approaches to begin to define networks of protein interactions in living cells.

Enrico Gratton was born in Merate (Como) Italy. He received his doctorate degree in physics from the University of Rome in 1969. From 1969 to 1971 he was a post-doctoral fellow at the Istituto Superiore di Sanità in Italy. He went to the University of Illinois at Urbana-Champaign (UIUC) in 1976 and began his work as a research associate in the Department of Biochemistry. In 1978 he was appointed assistant professor in the Department of Physics at UIUC. In 1989 he was promoted to professor. Dr. Gratton's laboratory has reached international recognition for the development of instrumentation for time-resolved fluorescence spectroscopy using frequency domain methods.

In 1986 Dr. Gratton was awarded a grant from the National Institutes of Health, National Center for Research Resources, to establish the first national facility dedicated to fluorescence spectroscopy: the Laboratory for Fluorescence Dynamics (LFD). In 2006 the entire LFD laboratory moved to its current location at the new Natural Sciences II building at the University of California, Irvine. Dr. Gratton remains Principal Investigator of the LFD and holds joint appointments as Professor in the UCI departments of Biomedical Engineering and Physics and in the College of Medicine. The facility is a state-of-the-art fluorescence laboratory for use by local, national, and international scientists. It has a dual and equal commitment to research and development of fluorescence instrumentation and theory and to service in a user-oriented facility. Dr. Gratton's research interests are varied and many; they include design of new fluorescence instruments, protein dynamics, hydration of proteins, and I.R. spectroscopy of biological substances. Dr. Gratton has authored or co-authored over 400 publications in refereed scientific journals.

Dr. Zygmunt Gryczynski received an M.S. in experimental physics in 1982 from the University of Gdansk and a Ph.D. in spectroscopy in 1987 working on the basic spectroscopic studies of isotropic and oriented systems of organic molecules. In 1991 he become a Research Assistant Professor in the Department of Biochemistry and Molecular Biology at the University of Maryland, and from 1998-2005 he was an Assistant Director in the Center for Fluorescence Spectroscopy at the University of Maryland. Since 2005 he is a Professor of Molecular Biology and Immunology at the University of North Texas Health Science Center at Fort Worth, Texas. In 2006, with the support from Emerging Technology Funds (ETF) of Texas and his colleagues, he established a Center for Commercialization of Fluorescence Technologies (CCFT).

A student of the late Prof. Gregorio Weber, David Jameson is Full Professor in the Department of Cell and Molecular Biology at the University of Hawaii. Prof. Jameson's research interests are focused on the development and application of time-resolved and steady-state fluorescence methodologies to elucidate dynamic aspects of biomolecules, including proteins, nucleic acids and membrane systems.

Currently, his laboratory is investigating several protein systems, including dynamin, a large (98kDa) GTPase which functions to "pinch-off" membrane vesicles in pathways such as receptor mediated endocytosis and synaptic vesicle recycling. This research involves both in vitro and in vivo studies on the self-association modes of dynamin as well as its interaction with membranes and other proteins such as endophilin and Arc.  His lab also has a project on Botulinum Neurotoxin funded by Allergan, Inc. This project involves biophysical studies on proteins forming the neurotoxin complex as well as development of in vitro and in vivo toxin assays based on fluorescence fluctuation spectroscopy.

Peter So is a professor of the Department of Mechanical Engineering and the Division of Biological Engineering in the Massachusetts Institute of Technology. Prior to joining MIT, Peter So obtained his Ph.D. from Princeton University in 1992 and subsequently worked as a postdoctoral associate in the Laboratory for Fluorescence Dynamics in the University of Illinois in Urbana-Champaign. His research focuses on developing high resolution and high information content microscopic imaging instruments. These instruments are applied in biomedical studies such as the non-invasive optical biopsy of cancer, the mechanotransduction processes in cardiovascular diseases, and the effects of neuronal remodeling on memory plasticity.

Martin vandeVen is a guest professor associated with the Biomedical Research Institute of Hasselt University and the School of Life Sciences, transnational University Limburg. Martin vandeVen obtained his Ph.D. from Utrecht University, The Netherlands in 1983, studying lipid systems using optical methods at the Biophysics department under Prof. Levine. Subsequently, he worked at Leiden University, The Netherlands, in the laboratory of Prof. Duysens on picosecond phenomena in bacterial photosynthetic systems and with Prof. Brand of John Hopkins University on the fluorescence emission from proteins. He then held a research associate position focused on instrumentation development under the guidance of Prof. Gratton at the Laboratory for Fluorescence Dynamics then located at the University of Illinois in Urbana-Champaign and now at the University of California at Irvine. At Hasselt University he continues to research confocal microscopy techniques such as FCS, FRAP and RICS on cells and tissues, auto-immune brain diseases such as multiple sclerosis and interdisciplinary development of diamond-film-based biosensors.